Our specialists advising you on these matters:

We understand the importance of a fast and effective case process, which is the primary prerequisite for successful results.

When advising we work closely with the client’s other collaborative partners, in particular accountants and financial institutions. 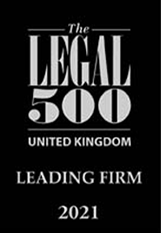 INNOVA with a team consisting of Lars Bentsen and Martin Breum Sønder, both specializing in insolvency and reconstruction, has won Early Warning‘s tender for legal assignments for companies in crisis in Central and Southern Denmark.

The help consists of guidance, sparring and advice of the company’s owner and possibly the owner’s family. It is free for companies to use Early Warning.

If your company needs constructive and pragmatic sparring regarding the possibilities for reconstruction and bankruptcy, contact lawyer Lars Bentsen or lawyer Martin Breum Sønder.